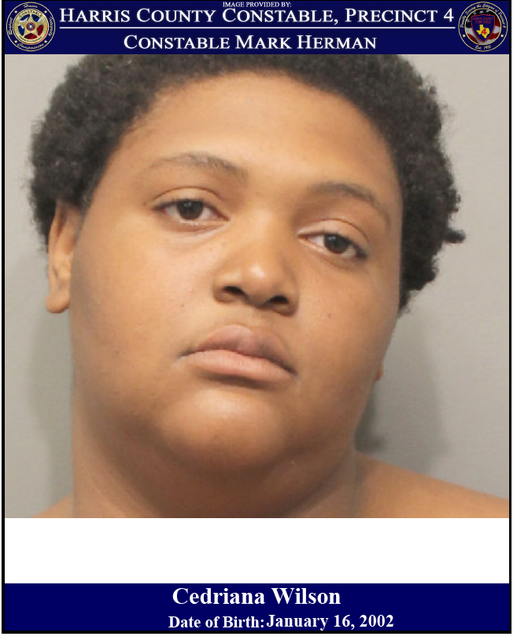 On October 11, 2021, deputies with Constable Mark Herman's Office responded to the 10700 block of Staghill Drive in reference to a welfare check. Upon deputies arriving, the reportee advised that he found a 2-year-old child wandering alone at the Time Out Corner Store. After a thorough investigation, deputies located the child's mother, Cedriana Wilson, at an apartment complex in the 12900 block of Windfern Road. It was discovered that she left the child alone at their unsecured residence while she went to visit a friend. Child Protective Services were contacted and took custody of the child. The child was evaluated by Emergency Medical Services on scene. "Cedriana Wilson was arrested and booked into the Harris County Jail, charged with Endangering a Child. Her bond was set at $1,000.00 out of the 182nd District Court." - Constable Mark Herman
Reply
* Reactions disabled on political threads.
What are your thoughts? Log in or sign up to comment Log in » Sign up »
Post a comment »