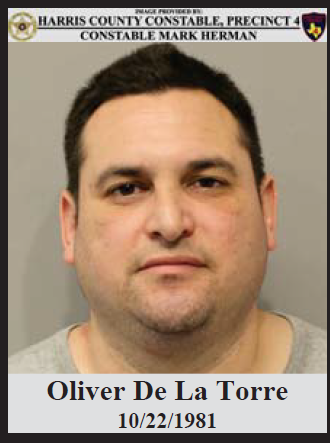 According to reports from PCT 4, on Thursday June 6, 2019, deputies with Constable Mark Herman's Office responded to the 22900 block of Cove Timbers Court in Tomball to serve an out of state felony parole violation warrant.When deputies attempted to enter the residence, the wanted suspect's brother, Oliver De La Torre, attempted to prevent them from entering the residence. When deputies detained Oliver De La Torre, he physically resisted and yelled to them, "I'm going to kill you guys!"After searching the residence, deputies were able to locate and detain Ernesto De La Torre found hiding inside the residence."Ernesto De La Torre was arrested for a Felony Parole Violation warrant issued by California and Oliver De La Torre was arrested and charged with Terroristic Threat Against a Police Officer" - said Constable Mark Hermanwww.facebook.com/Pre cinct4/ 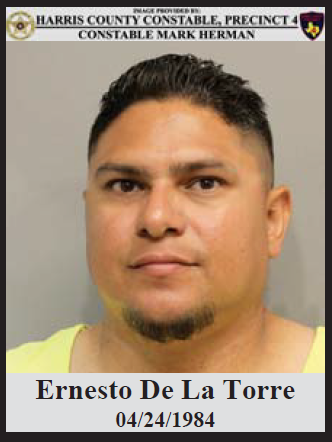