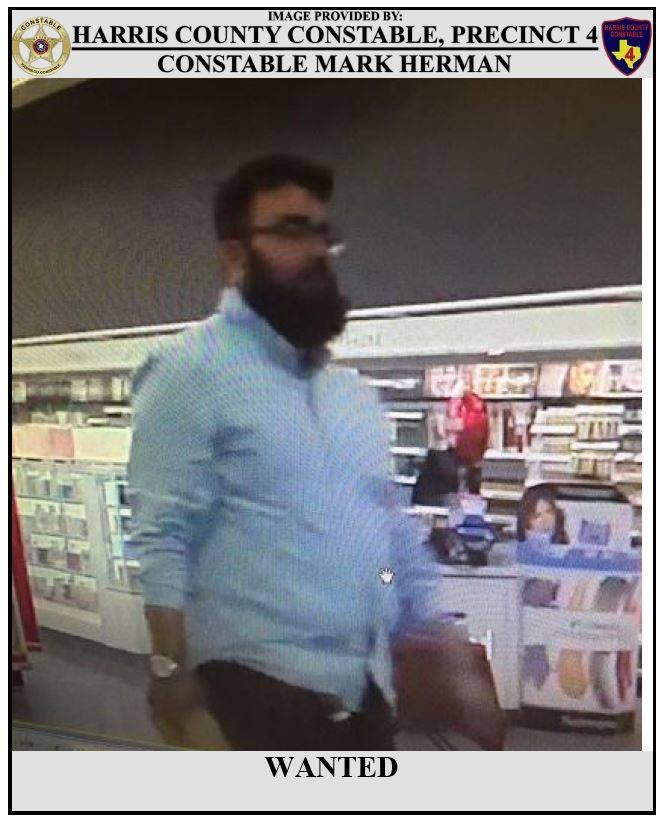 According to reports from PCT 4, on May 10, 2019, a deputy with Constable Mark Herman's office responded to the 8600 block of Herts Road in reference to an elderly female being scammed. Investigation revealed that a male had contacted her by telephone, claiming to be from a federal agency and that her social security number had been used in a Money Laundering and Drug Trafficking case and that she needed to pay money to get a warrant removed from her name.The male gave her instructions on transferring money to him. The elderly victim, fearing that she would be arrested, obtained the funds in a check and sent the check to the suspect at an address by FedEx, later learned to be the Walgreens Store on Westheimer. The male then called the elderly female again and she sent more money to him. The total sent by the victim was in excess of $35,000.00.Investigation revealed that the male was scamming the elderly victim, and he did not work for any federal agency. Constable Deputies were able to obtain video surveillance from the business of the male retrieving the packages."The suspect is described as a male, between 6' and 6'2", weighs between 225-250 pounds, has dark hair, wears glasses, and has a dark colored beard and a mustache. If you recognize this suspect or have any information regarding this case, you are urged to contact our dispatch at 281-376-3472 or your local law enforcement." -Constable Mark Herman
Reply
What are your thoughts? Log in or sign up to comment Log in » Sign up »