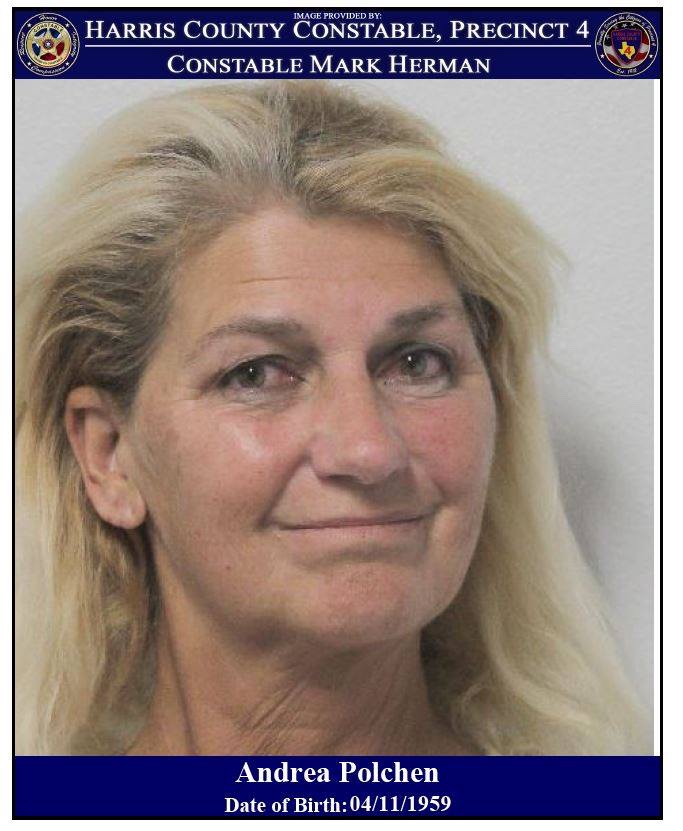 According to reports from PCT 4, on August 22, 2019, at approximately 2:00 P.M., deputies with the Constable Mark Herman's office responded to the 13400 block of Schorder Road in reference to a vehicle stopped in a moving lane of traffic. Upon deputies arriving, they observed a female asleep behind the wheel.As Constable Deputies awoke her, they were able to identify her as Andrea Polchen. She displayed several signs of intoxication.Standardized Field Sobriety Tests were administered and it was discovered that she was driving while intoxicated. Also, a breath sample revealed her alcohol content was over three times the legal limit."Andrea Polchen was arrested and booked into the Harris County Jail, charged with Driving While Intoxicated. Her bond was set at $100.00 out of County Court 11." - Constable Mark Hermanwww.facebook.com/Pre cinct4/
Reply
What are your thoughts? Log in or sign up to comment Log in » Sign up »
Post a comment »