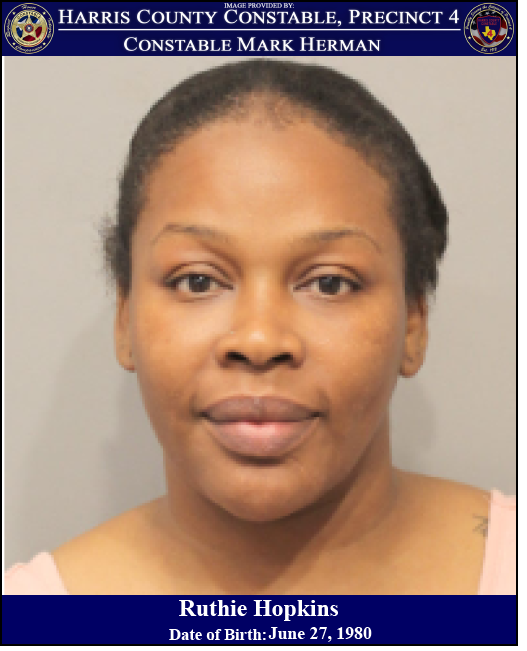 According to reports from PCT 4, on September 5, 2019, deputies with Constable Mark Herman's Office responded to the Houston Premium Outlet Mall located in the 29300 block of the Northwest Freeway in reference to a female suspect who stole merchandise from the Kate Spade store.Upon deputies arriving, it was discovered that the suspect stole approximately $212.00 in merchandise from the business. Constable Deputies were able to locate and apprehend the suspect in the parking lot who was identified as Ruthie Hopkins.During a search, two fictitious driver's licenses were found in her possession.All of the stolen property was recovered and returned to the business."Ruthie Hopkins was arrested and booked into the Harris County Jail, charged with Theft and Possession of Fictitious Driver's License. She received No Bond out of the 183rd District Court." - Constable Mark Hermanwww.facebook.com/Pre cinct4/
Reply
What are your thoughts? Log in or sign up to comment Log in » Sign up »
Post a comment »