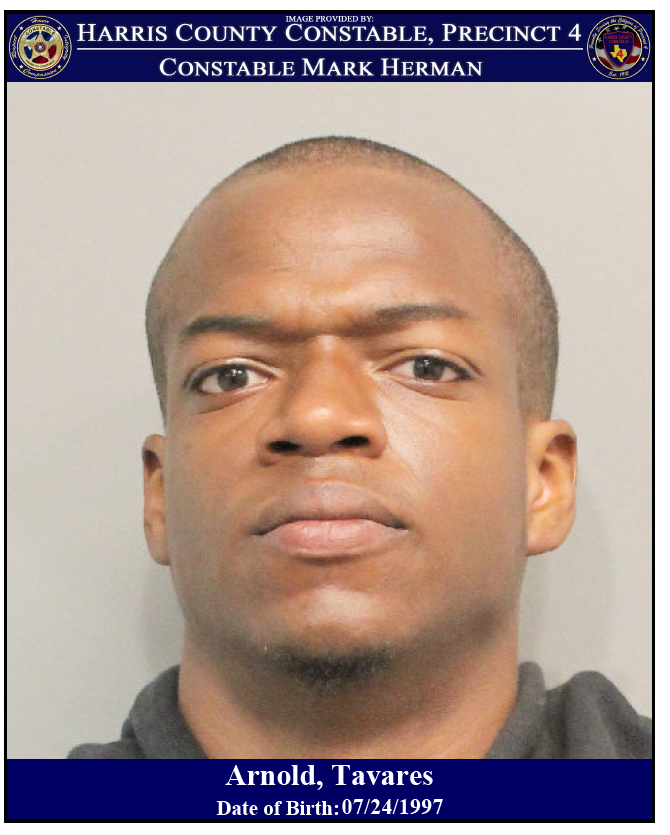 According to reports from PCT 4, on October 22, 2019, a deputy with Constable Mark Herman's Office initiated a traffic stop on a vehicle traveling 95 mph in a posted 65 mph speed limit in the 26800 block of the Tomball Parkway.The deputy caught up to the vehicle as it became disabled. The driver, exited the vehicle and fled from deputies on foot. Deputies set up a perimeter and were able to locate and apprehend the suspect, identified as Arnold Tavares.Further investigation revealed that the vehicle was reported stolen from the Harris County Sheriff's office."Arnold Tavares was arrested and booked into the Harris County Jail, charged with Unauthorized Use of a Motor Vehicle and Evading on Foot. His bond and court information have not been set at this time."- Constable Mark Hermanwww.facebook.com/Pre cinct4/
Reply
What are your thoughts? Log in or sign up to comment Log in » Sign up »
Post a comment »