Today, Constable Mark Herman's Office attended the Boy Scouts of America Orion District Semi-Annual Meeting and listened to a presentation by Steven Gutierrez from Tomball ISD on the state of growth within the Tomball School District and then went over various new programs that will be offered by the BSA in 2020. "We were fortunate to be joined by representatives from Commissioner Cagle's Office, Tomball Chamber of Commerce, and the Tomball Fire Department. Thank you Doug Strain, Orion District Chairman for the invitation. Representing Constable Mark Herman's Office were Captain James Blackledge and Lieutenant Oscar Muniz." - www.facebook.com/Pre cinct4/ 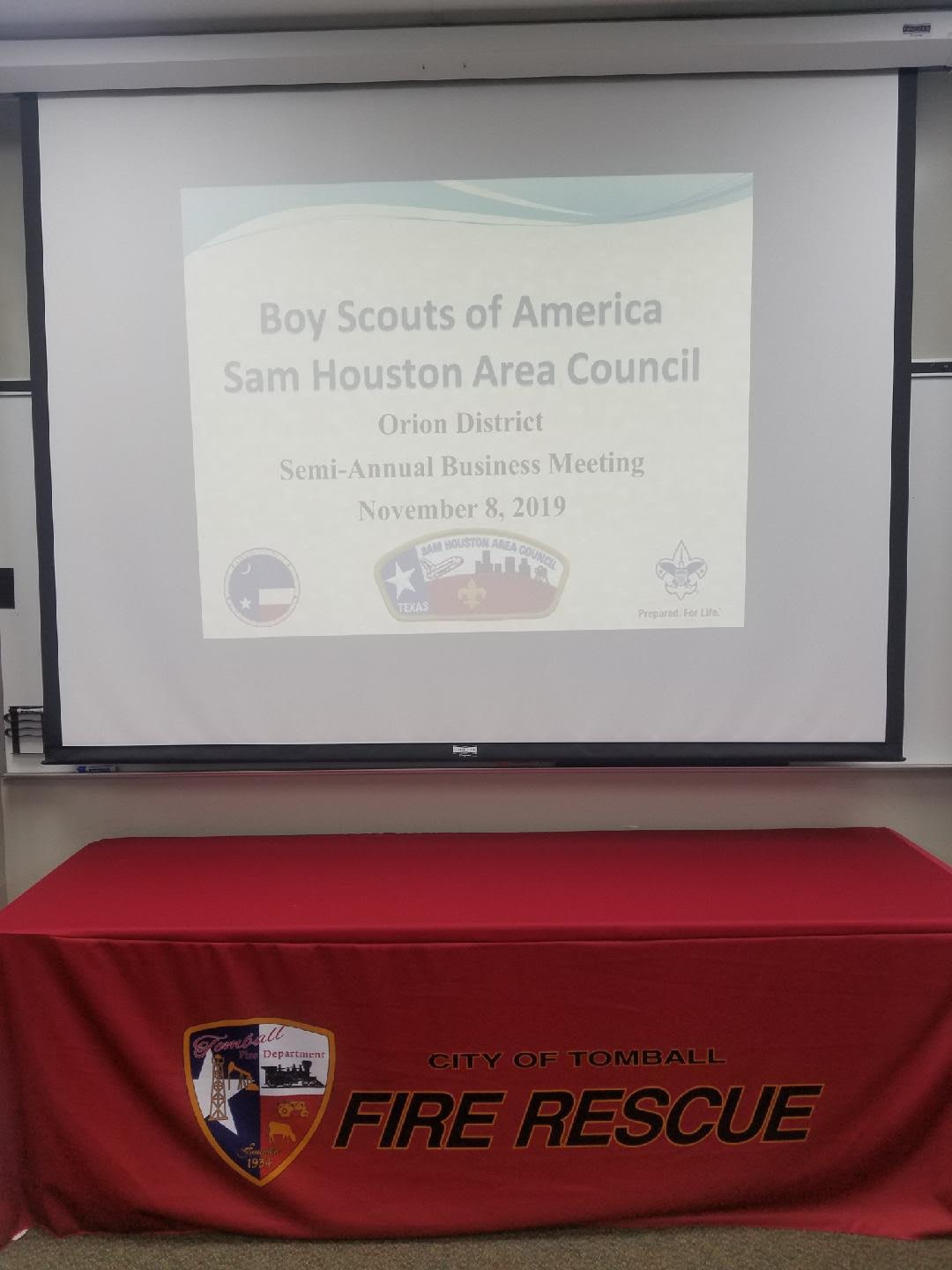