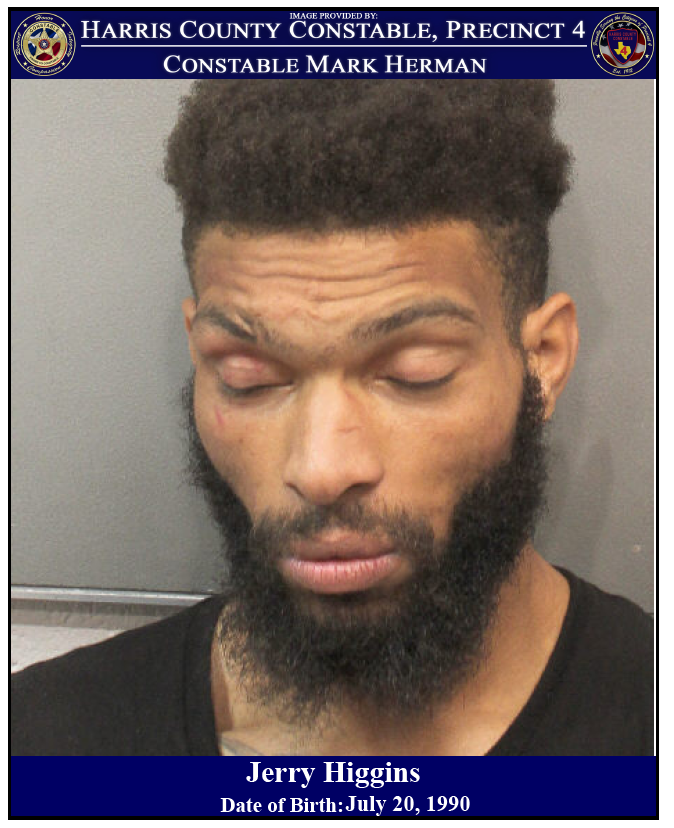 According to reports from PCT 4, on December 12, 2019, deputies with Constable Mark Herman's Office responded to a residence in the 24000 block of Four Sixes Lane in reference to a welfare check. Upon deputies arriving, they located the suspect, who was being verbally aggressive towards a female. The suspect was identified as Jerry Higgins, who was found to have an open felony warrant for Online Solicitation of Minor.As deputies were in the process of detaining him, he attempted to strike the deputies with his fist. The deputies utilized their department issued tasers in an attempt to neutralize him but it had little effect. After a brief struggle, he was apprehended and placed in the back seat of a patrol vehicle. While in custody, he threatened that he was going to kill the Constable Deputy when he was released from jail. "Jerry Higgins was arrested and booked into the Harris County Jail, charged with Assault on Police Officer and Terroristic Threat against a Police Officer, along with the open Felony Warrant. He received No Bond out of the 208th District Court." - Constable Mark Hermanwww.facebook.com/Pre cinct4/
Reply
What are your thoughts? Log in or sign up to comment Log in » Sign up »
This discussion has been locked.
« Back to Main Page
Views: 883