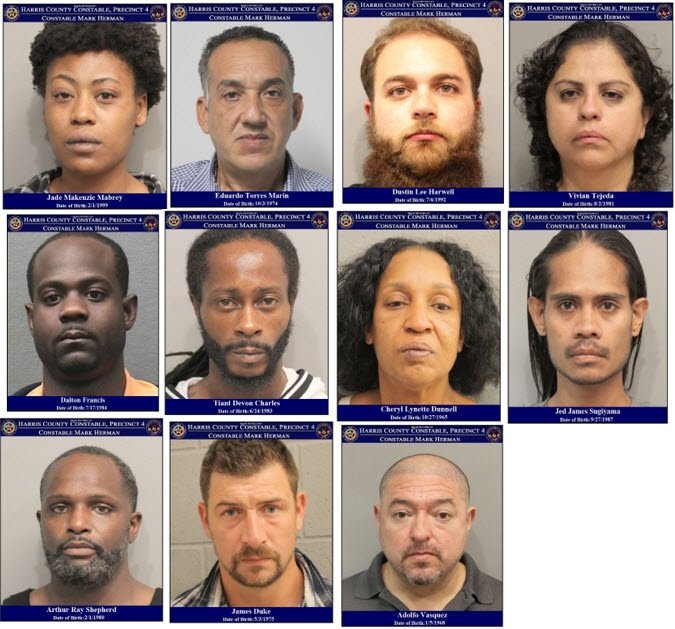 Over the Labor Day Holiday weekend, deputies with Constable Mark Herman's Driving While Intoxicated Initiative arrested a total of 11 suspected drunk drivers and also filed additional charges on these driver's which include, Resisting Arrest, Possession of a Controlled Substance, Unlawful Carrying of a Weapon and Felony Evading in a Motor Vehicle. The drivers were each stopped for traffic violations and displayed several signs of intoxication. Standardized Field Sobriety Tests were administered on each suspect and it was discovered that they were driving while intoxicated.All suspects were arrested, booked into the Harris County Jail and charged with Driving While Intoxicated. Additionally, it was discovered that Arthur Shepherd was found to have two prior charges and was charged with Felony Driving While Intoxicated-Third Offense. “Drinking and driving is not tolerated in Precinct 4. If you choose to drink and drive, you choose to go to jail.” -Constable Mark Herman
Reply
* Reactions disabled on political threads.
What are your thoughts? Log in or sign up to comment Log in » Sign up »
Post a comment »