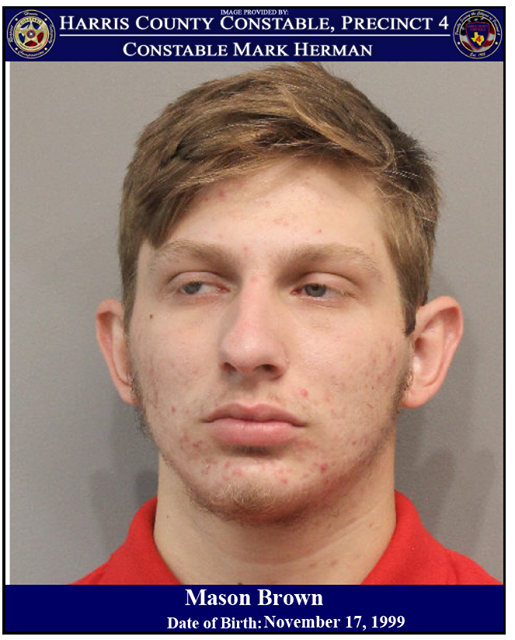 Upon deputies arriving, the complainant reported that while traveling on the Sam Houston Parkway a suspect vehicle was driving recklessly and swerving on the roadway, so she attempted to move out of the vehicle's way when the driver pointed a handgun at her. Constable Deputies gathered the male's description and vehicle information and were able to identify the suspect as Mason Brown, who returned to scene. He was found to be in possession of a black in color BB gun that would be observed as a real firearm."Mason Brown was arrested and booked into the Harris County Jail, charged with Deadly Conduct. His bond was set at $100.00 out of County Court 15." - Constable Mark Herman
Reply
* Reactions disabled on political threads.
What are your thoughts? Log in or sign up to comment Log in » Sign up »
Post a comment »