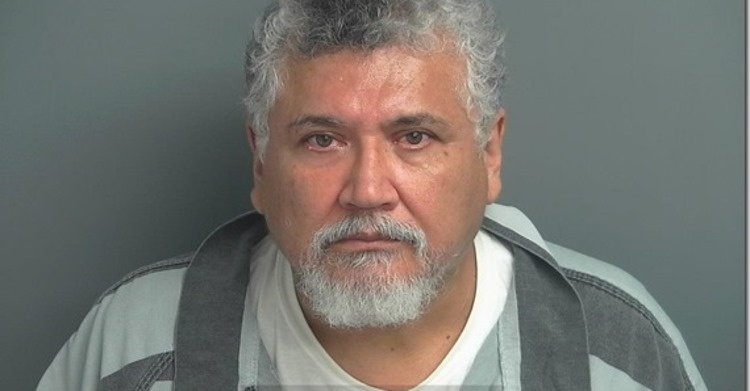 On Tuesday, November 17, 2020, in the 435th District Court with Judge Patty Maginnis presiding, Manuel La Rosa-Lopez plead guilty to two charges of Indecency with a Child, a Second Degree Felony with a penalty range of probation up to 20 years in prison.The case was reset to December 16, 2020 at which time La Rosa-Lopez will be sentenced to 10 years in the Texas Department of Corrections.The charges arise out of acts that took place approximately 20 years ago while La Rosa-Lopez was a priest at Sacred Heart Catholic Church in Conroe, TX.Law enforcement became aware of La Rosa-Lopez's crimes when two victims reported the abuse to Conroe Police Department in August and September of 2018.Detective Joe McGrew investigated the case, which led to the arrest of La Rosa-Lopez on September 11, 2018. Following his arrest, two additional victims stated that La Rosa abused them when they were children.All of the victims (ages 13 - 16) were heavily involved in the Catholic Church and considered La Rosa-Lopez to be their spiritual leader and mentor. They reported that La Rosa-Lopez violated their trust in him as a priest by kissing them, exposing himself to them, and touching them inappropriately on numerous occasions.Conroe Police Department, with close cooperation from the Montgomery County District Attorney's Office, launched an in-depth investigation into the claims.Law enforcement officers from Conroe PD, Texas Rangers, and several federal agencies assisted in executing several search warrants to obtain a large amount of evidence and documents.These search warrants included the Archdiocese of Galveston-Houston and the Shalom Center, where La Rosa-Lopez was treated after one of the victims reported the abuse to the Archdiocese in 2001.Subsequently, La Rosa-Lopez was assigned to the St. John Fisher Church in Richmond, TX where he was a priest until his arrest in 2018.
Reply
* Reactions disabled on political threads.
What are your thoughts? Log in or sign up to comment Log in » Sign up »
This discussion has been locked.
« Back to Main Page
Views: 207