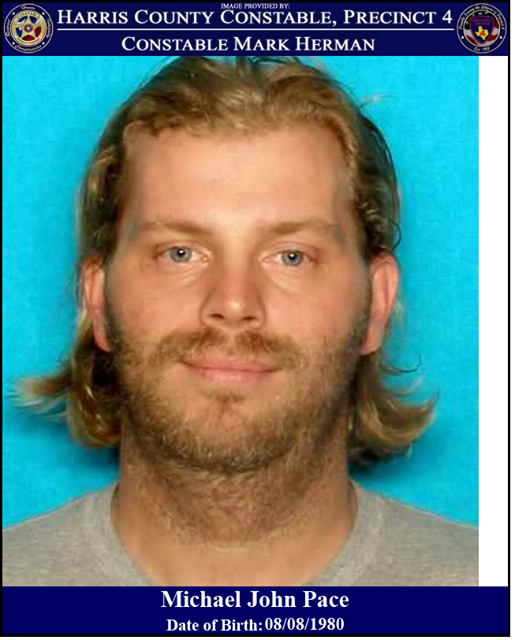 Investigators with Constable Mark Herman's High Tech Crimes Unit received a Cybertip regarding an on-line account alleged to contain images of child sexual exploitation. After an extensive investigation, Investigators traced the source of these child pornographic files to a residence located in the 700 block of Cypresswood Ridge in Spring, Texas. During the course of the investigation, it was discovered that Michael John Pace, a registered sex offender was the owner of the account and that he had returned to his home state of Washington.Investigators immediately contacted the Spokane County Sheriff's Office and shared case information about Michael Pace with them and as a result of the combined investigations, he received six additional charges of Possession of Child Pornography. Michael Pace is currently wanted by law enforcement for six counts of Possession of Child Pornography. His total bond was set at $180,000.00 out of the 338th District Court. If you have any information regarding his whereabouts, you are urged to contact our dispatch or your local law enforcement."Our Office has taken a firm stance on identifying and eradicating child pornography and will continue to dedicate the necessary resources to seek out and charge those who prey on our children." - Constable Mark Herman
Reply
* Reactions disabled on political threads.
What are your thoughts? Log in or sign up to comment Log in » Sign up »
Post a comment »