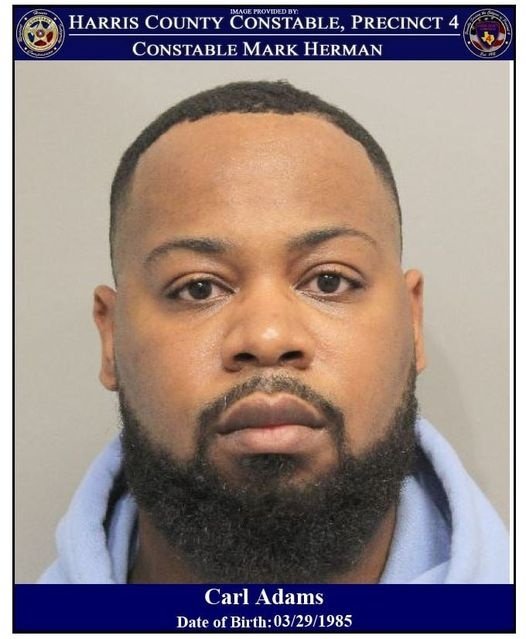 On January 15, 2021, deputies with Constable Mark Herman's Office responded to the 11300 block of Huffmeister Road in reference to a disturbance call regarding a male identifying himself as a Police Officer.Upon deputies arriving, the complainant advised that he was in a verbal argument with the suspect, identified as Carl Adams. The suspect then displayed a badge, a set of handcuffs and stated he has a police officer in an attempt to intimidate the complaintant and witnesses. Constable Deputies were able to confirm that Carl Adams was Security Officer and not a Police Officer. "Carl Adams was arrested and booked into the Harris County Jail, charged with Impersonating a Police Officer. His bond was set at $2,500.00 out of the 176th District Court." - Constable Mark Herman
Reply
* Reactions disabled on political threads.
What are your thoughts? Log in or sign up to comment Log in » Sign up »
Post a comment »