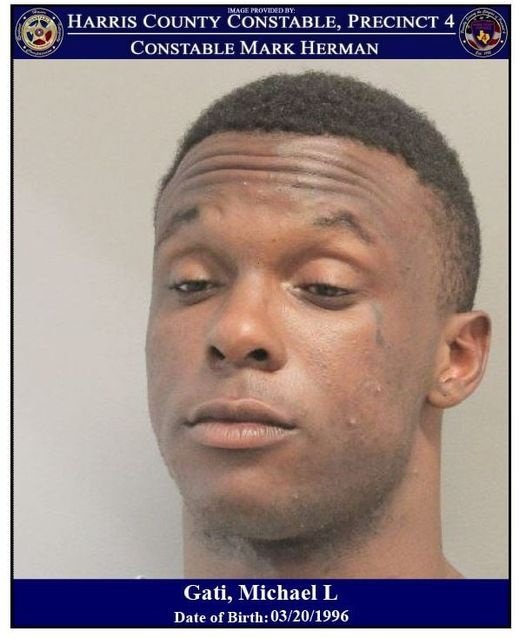 On March 31, 2021, deputies with Constable Mark Herman's Office responded the Cheddars Restaurant located in the 21000 block of the North Freeway in reference to a stolen vehicle. The victim advised that an known black male suspect stole the vehicle while it was left running in the parking lot. Precinct 4 Dispatch notified Montgomery County Police that the suspect fled north bound on the freeway towards their jurisdiction. Montgomery County Deputies were able to locate and stop the vehicle in the 27500 block of the North Freeway. Constable Deputies quickly arrived to the scene and detained the suspect who was identified as Michael Gati."Michael Gati was arrested and booked in the Harris County Jail, charged with Unauthorized Use of a Motor Vehicle. His bond was set at $1,500.00 out of the 337th District Court." - Constable Mark Herman
Reply
* Reactions disabled on political threads.
What are your thoughts? Log in or sign up to comment Log in » Sign up »
Post a comment »