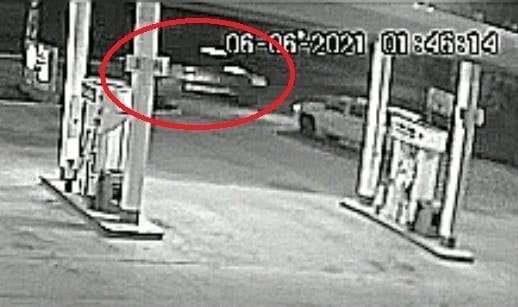 On June 6, 2021, deputies with Constable Mark Herman's Office responded to a hit and run crash in the 14600 block of Spring Cypress Road. Upon deputies arriving, they found a deceased black male adult victim who had been struck by a motorist. The motorist fled the scene without providing any assistance to the victim.Constable Investigators were called to the scene and they located video surveillance from a local business that captured the a possible suspect vehicle. The vehicle is described as a large black Ford Pickup truck, 2011 through 2016 F250 or F350, lifted with chrome or light colored step rails, with heavy damage to the front right grill and headlight areas.“We are asking for the public's help in identifying the vehicle from the photos in this case. We know the video is not very detailed but somebody out there knows this vehicle and will recognize the new body damage. If you have any information that could help investigators, contact our office at (281) 376-3472. ” - Constable Mark Herman
Reply
* Reactions disabled on political threads.
What are your thoughts? Log in or sign up to comment Log in » Sign up »
Post a comment »