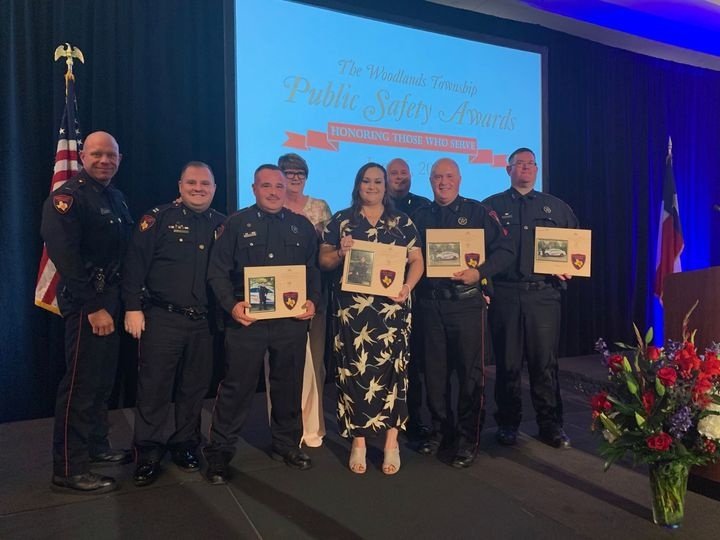 This weekend, several deputies with Constable Mark Herman's Office were honored at the annual The Woodlands Township Public Safety Awards Banquet. Corporal John Ryan, Deputy Raven Lyons and Deputy Dennis Cowan were awarded the Commendation Award for their work in saving a woman who was in crisis and threatening to jump off of a bridge. Deputy Dennis Cowan and Deputy Joe Frizzell were awarded the Commendation Award for their effort in extinguishing a house fire that started after the home was struck by lightning.All of these recipients truly displayed the core values of the Harris County Precinct 4 Constable's Office of Honor, Integrity, Compassion and Respect.Thank you deputies for your hard work and thank you to The Woodlands Township for recognizing their efforts.Representing Constable Mark Herman's Office was Captain Jonathan Zitzmann, Lieutenant James Glaze, Lieutenant Chad Hight and Sergeant Mike Ruby.
Reply
* Reactions disabled on political threads.
What are your thoughts? Log in or sign up to comment Log in » Sign up »
Post a comment »