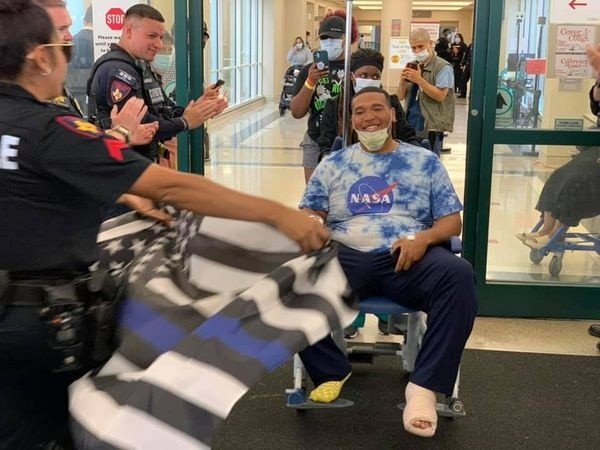 The men and women of Constable Mark Herman's Office are happy to announce that Deputy Jaqaim Barthen has been released from the hospital after being injured during a shooting over the weekend.Deputy Jaqaim Barthen was one of three officers shot while working an extra security job. The Constable Deputies were detaining a possible robbery suspect when they were ambushed and shot from behind by a suspect armed with an AR-15 rifle.He will be recovering in the comfort of his home, surrounded by family and loved ones!Please continue to keep Deputy Darryl Garrett and his family in your prayers as he remains hospitalized and the family and loved ones of Fallen Deputy Kareem Atkins!
Reply
* Reactions disabled on political threads.
What are your thoughts? Log in or sign up to comment Log in » Sign up »
Post a comment »