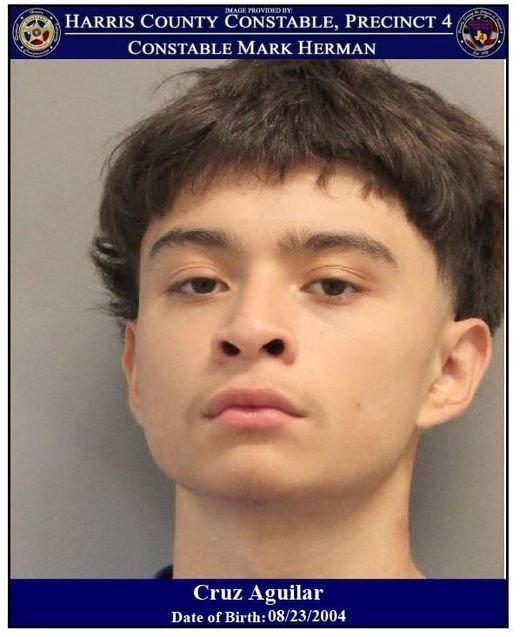 On November 22, 2021, a Sergeant with Constable Mark Herman's Office conducted a traffic stop on a vehicle in the 24900 block of Aldine Westfield Road. When the vehicle came to a stop, the passenger exited the vehicle and fled on foot.The Sergeant gave chase and quickly apprehended the suspect. He was identified as Cruz Aguilar and found to have three open warrants out of Precinct 4."Cruz Aguilar was arrested and booked into the Harris County Jail for the open warrants and charged with Evading of Foot. His bond has not been set at this time out of County Court 13." - Constable Mark Herman
Reply
* Reactions disabled on political threads.
What are your thoughts? Log in or sign up to comment Log in » Sign up »
Post a comment »