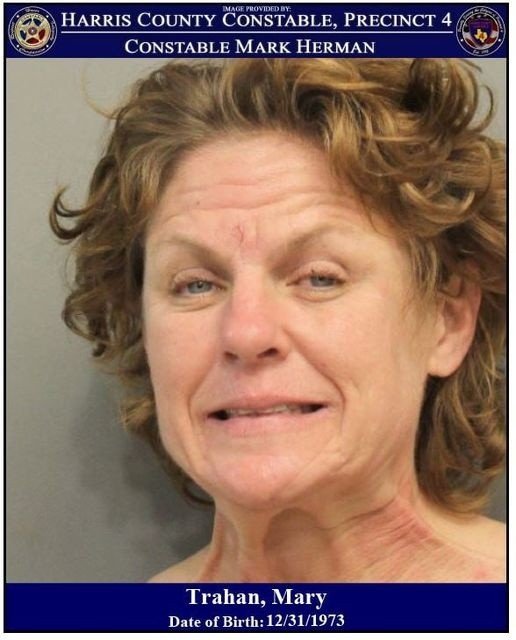 On November 20, 2021, deputies with Constable Mark Herman's Office responded to the CVS Pharmacy located in the 100 block of E Richey Road in reference to a shoplifter. Upon deputies arriving, the suspect was detained and identified as Mary Trahan. Further investigation revealed that she had an open warrant for Injury to an Elderly Person out of Harris County.

The stolen merchandise was recovered and returned to the business."Mary Trahan was arrested and booked into the Harris County Jail for the open Felony Warrant and charged with Theft. Her bond for the warrant was set $30,000.00 and $100.00 for the Theft out of the 183rd District Court and County Court 5." - Constable Mark Herman
Reply
* Reactions disabled on political threads.
What are your thoughts? Log in or sign up to comment Log in » Sign up »
Post a comment »