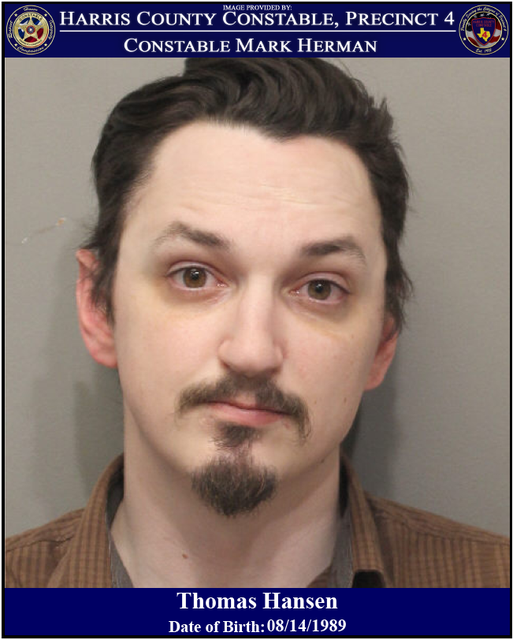 On November 25, 2021, deputies with Constable Mark Herman's Office responded to the 20500 block of the North Freeway in reference to a possible kidnapping. Upon deputies arriving, the complainant stated she believed a female victim had just been kidnapped by a male suspect. Constable Deputies were able to safely located the male suspect and female victim inside a vehicle in the 900 block Eagles Glide Drive. The male was quickly apprehended and identified as Thomas Hansen. During the course of investigation, it was discovered that he refused to let the female victim out of his vehicle and threatened to shoot her if she tried to leave. "Thomas Hansen was arrested and booked into the Harris County Jail, charged with Aggravated Kidnapping. His bond was set at $75,000.00 out of the 262nd District Court. - " Constable Mark Herman
Reply
* Reactions disabled on political threads.
What are your thoughts? Log in or sign up to comment Log in » Sign up »
Post a comment »