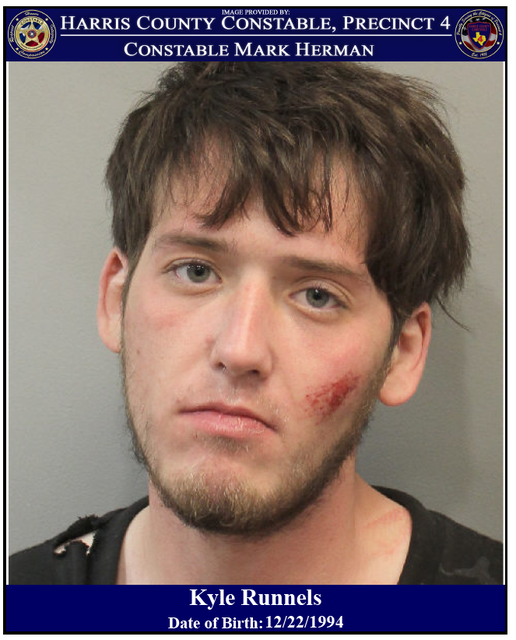 On November 26, 2021, a deputy with Constable Mark Herman's Office was patrolling in the 4600 block of Cypresswood Drive when he observed a passenger door opening while the vehicle was in motion. A traffic stop was conducted and the driver was identified.During the course of the traffic stop, the male passenger exited the vehicle and fled on foot.After a brief foot pursuit, deputies attempted to detain him, but he began to physically resist by kicking deputies. After a brief struggle, he was detained and identified as Kyle Runnels. Further investigation revealed that he had two out of County open warrants for Theft and Unlawful Carrying of a Weapon. "Kyle Runnels was arrested and booked into the Harris County Jail, charged with Evading Arrest with Prior Conviction and Assault on Peace Officer. His total bond was set at $15,000.00 out of the 232nd District Court." - Constable Mark Herman
Reply
* Reactions disabled on political threads.
What are your thoughts? Log in or sign up to comment Log in » Sign up »
Post a comment »