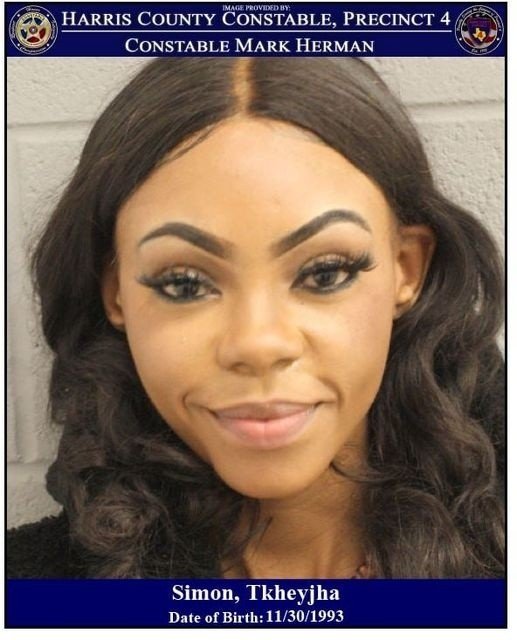 On November 27, 2021, deputies with Constable Mark Herman's Office responded to the10900 block of the West Sam Houston Parkway North in reference to a traffic hazard involving a vehicle stopped in a moving lane of traffic. Upon deputies arriving, the driver was identified as Tkheyjha Simon who displayed several signs of intoxication. Standardized Field Sobriety Tests were administered and it was determined that she was intoxicated. She provided a specimen of her breath and the results deemed she was driving under the influence of alcohol with results of .149/.152. Further investigation revealed that she had a prior DWI conviction on her record."Tkheyjha Simon was arrested and booked into the Harris County jail, charged with Driving While Intoxicated. Her bond was set $500.00 out of County Court 14." - Constable Mark Herman
Reply
* Reactions disabled on political threads.
What are your thoughts? Log in or sign up to comment Log in » Sign up »
Post a comment »