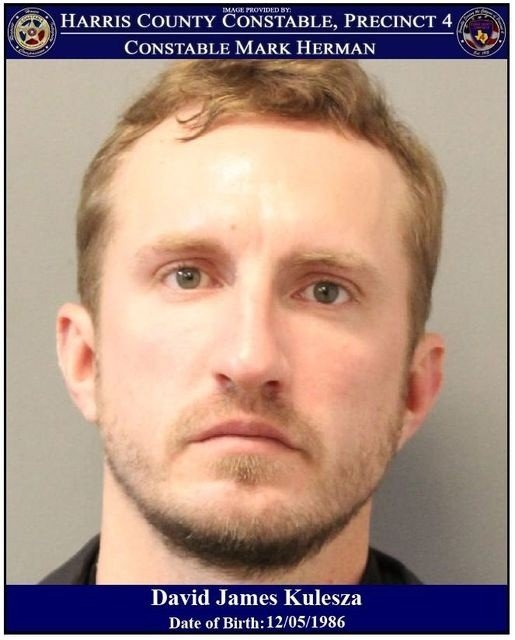 On December 12, 2021, deputies with Constable Mark Herman's Office responded to the 13900 block of Dominique Drive in reference to an Online Solicitation of Minor.Upon arriving, the suspect was identified as David Kulesza who exchanged online messages with a minor attempting to get her to engage in sex acts with him. He was arrested on that date and placed into the Harris County Jail, charged with Online Solicitation of a Minor out of the 185th District Court and released on a $20,000.00 bond. The Constable's High Tech Crimes Unit continued investigating into the suspect's on-line activity and on May 8, 2022, they filed Felony Warrants against him for three counts of Possession of Child Pornography and Sexual Performance of a Child. “He is currently wanted by law enforcement for the additional four Felony charges. He received No Bond out of the 185th District Court. If you have any information regarding his whereabouts, you are urged to contact our dispatch at 281-376-3472 or your local law enforcement." - Constable Mark Herman
Reply
* Reactions disabled on political threads.
What are your thoughts? Log in or sign up to comment Log in » Sign up »
Replies:
No replies yet
Post a comment »


« Back to Main Page
Views: 58
* This page is available in the TownHub app. *
Open In App Get App Dismiss