Suspect Arrested For Catalytic Converter Theft/Leading Deputies On A Pursuit 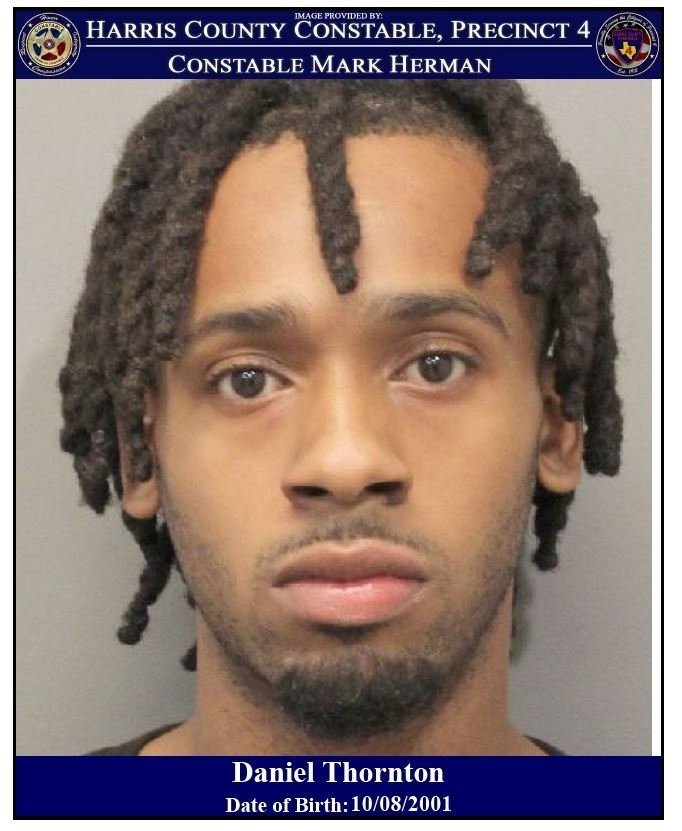 On May 22, 2022, deputies with Constable Mark Herman's Office responded to a business in the 23800 block of Aldine Westfield Road in reference to an in-progress theft. The caller advised that a male suspect was actively stealing catalytic converters from vehicles and was about to flee the location.Constable Deputies quickly arrived and located the suspect vehicle. The suspect accelerated his vehicle and rammed into the patrol vehicle and fled. Deputies gave chase and pursed the vehicle until the suspect lost control of his vehicle and crashed into a retaining wall. He exited the vehicle and fled on foot, but was quickly detained and identified as Daniel Thornton. Upon investigation, it was found to be be in possession of a stolen catalytic converter from the business. It was also discovered that he had two open warrants for Aggravated Robbery with a Deadly Weapon and Felony Criminal Mischief out of Harris County. "Daniel Thornton was arrested and booked into the Harris County Jail for the Felony Warrants and charged with Evading in a Motor Vehicle and Theft. His bond was set at $10,000.00 out of the 228th District Court for Evading and $1,500.00 out of County Court 4 for the Theft." Constable Mark Herman
Reply
* Reactions disabled on political threads.
What are your thoughts? Log in or sign up to comment Log in » Sign up »
Replies:
No replies yet
Post a comment »


« Back to Main Page
Views: 164
* This page is available in the TownHub app. *
Open In App Get App Dismiss