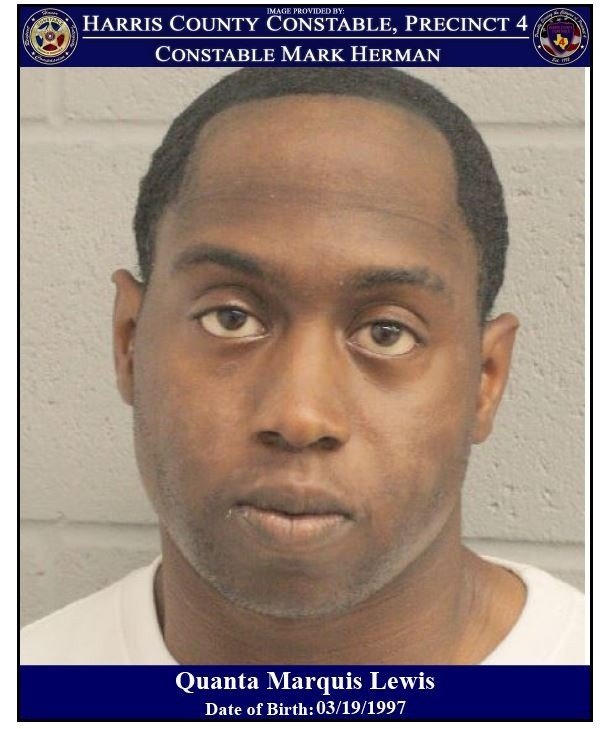 On May 21, 2022, a Sergeant with Constable Mark Herman's Office conducted a traffic stop on a vehicle in the 26200 block of the Northwest Freeway. The driver was identified as Quanta Marquis Lewis who had an open warrant for Deadly Conduct out of Jefferson County and traffic warrants in Harris County.During the course of the traffic stop, he was found to be in possession of a firearm that was reported stolen to the Houston Police Department. "Quanta Lewis was arrested and booked into the Harris County Jail for the open warrants and charged with Unlawfully Carrying a Weapon. His bond for the charge was set at $100.00." - Constable Mark Herman
Reply
* Reactions disabled on political threads.
What are your thoughts? Log in or sign up to comment Log in » Sign up »
Replies:
No replies yet
Post a comment »


« Back to Main Page
Views: 151
* This page is available in the TownHub app. *
Open In App Get App Dismiss