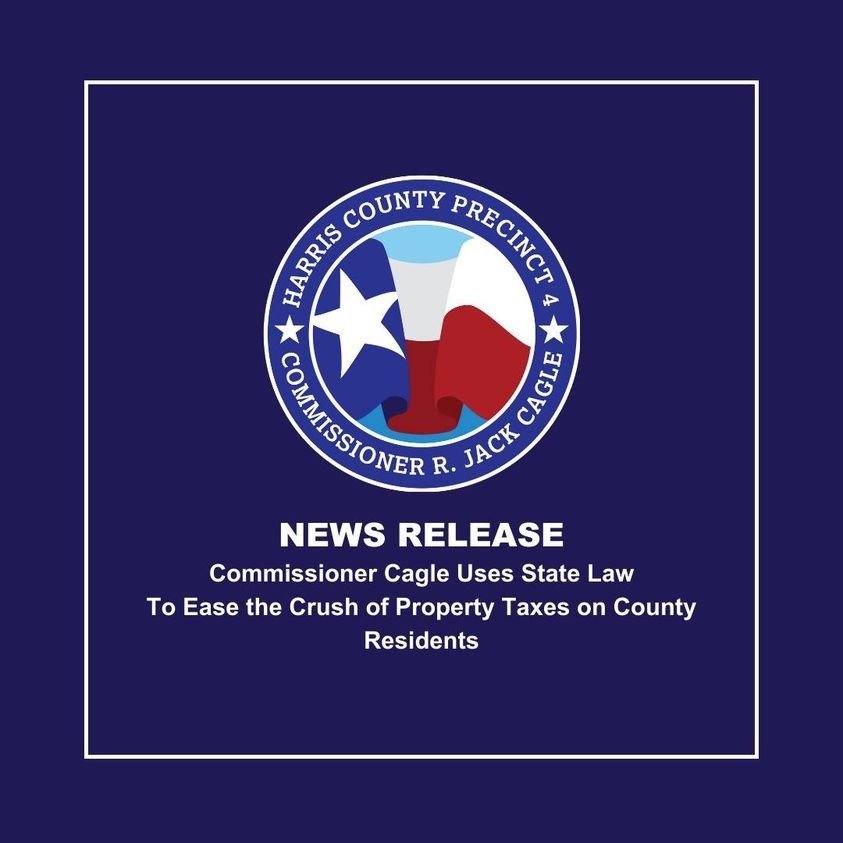 With Harris County residents struggling under the weight of the worst inflation in almost two generations, Harris County Commissioner R. Jack Cagle used a longstanding state law today to force some badly needed property tax relief through Commissioners Court.Cagle joined Commissioner Tom S. Ramsey in declining to attend today’s meeting of Commissioners Court, depriving the court of its quorum and requiring the county to adopt a lower overall property tax rate.
As a result, county residents will save millions of dollars on future property tax bills.“We were only beginning to get back on our feet from the economic burdens imposed by COVID restrictions when historic inflation levels came along and knocked many of us flat again,” said Cagle. “Now is not the time for local government to take advantage of inflated property appraisals to pay for an expanded government footprint. Now is when we should be fighting alongside taxpayers to help them dig out from under the rubble.”In declining to attend today’s meeting, Cagle and Ramsey triggered a state law that mandates the county’s tax rate revert to the “no new revenue rate,” lower than that proposed by the county administrator. In addition, Cagle and Ramsey have agreed to transfer approximately $14 million from their own precinct budgets to the Harris County Flood Control District to continue their pledge to ensure that priorities like flood control continue to be fully funded. Cagle has been one of Harris County’s chief flood control proponents, actively pushing the $2.5 billion flood bond proposal passed in 2018 and reliably insisting that the county adhere to its promises made during that bond campaign.
Reply
* Reactions disabled on political threads.
What are your thoughts? Log in or sign up to comment Log in » Sign up »
Replies:
No replies yet. Be the first to respond below!
Post a comment »
** Would you be interested in keeping up to date with news & events going on in the Tomball area? Consider supporting an alternative social media platform for Tomball by creating an account today! (it's fast, easy, privacy focused, and free!)