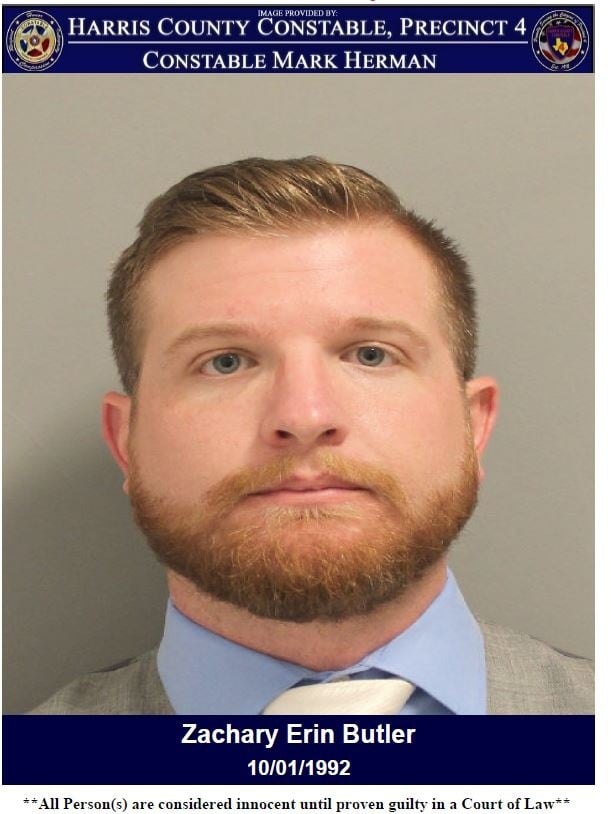 On August 12, 2022, investigators with Constable Mark Herman's High Tech Crimes Unit responded to a business located in the 22700 block of Springwood Village Parkway in reference to a former employee taking illegal invasive "upskirt" photographs of fellow female employees. The complainants and business reported that the suspect, identified as Zachary Butler, had taken multiple illegal photographs of female employees without their consent or knowledge over the past year or more.After obtaining evidence from the suspect's phone, Constable Investigators filed two warrants for State Jail Felony Invasive Visual Recording. On November 11, 2022, Zachary Butler has been arrested and booked into the Harris County Jail, charged with two counts of Felony Invasive Visual Recording. His total bond was set at $30,000.00 out of the 351st District Court. "Investigators believe there may be other victims related to this suspect and urge anyone who may have knowledge or has been a victim to contact our dispatch at 281-376-3472." - Constable Mark Herman
Reply
* Reactions disabled on political threads.
What are your thoughts? Log in or sign up to comment Log in » Sign up »
Replies:
No replies yet. Be the first to respond below!
Post a comment »
** Would you be interested in keeping up to date with news & events going on in the Tomball area? Consider supporting an alternative social media platform for Tomball by creating an account today! (it's fast, easy, privacy focused, and free!)