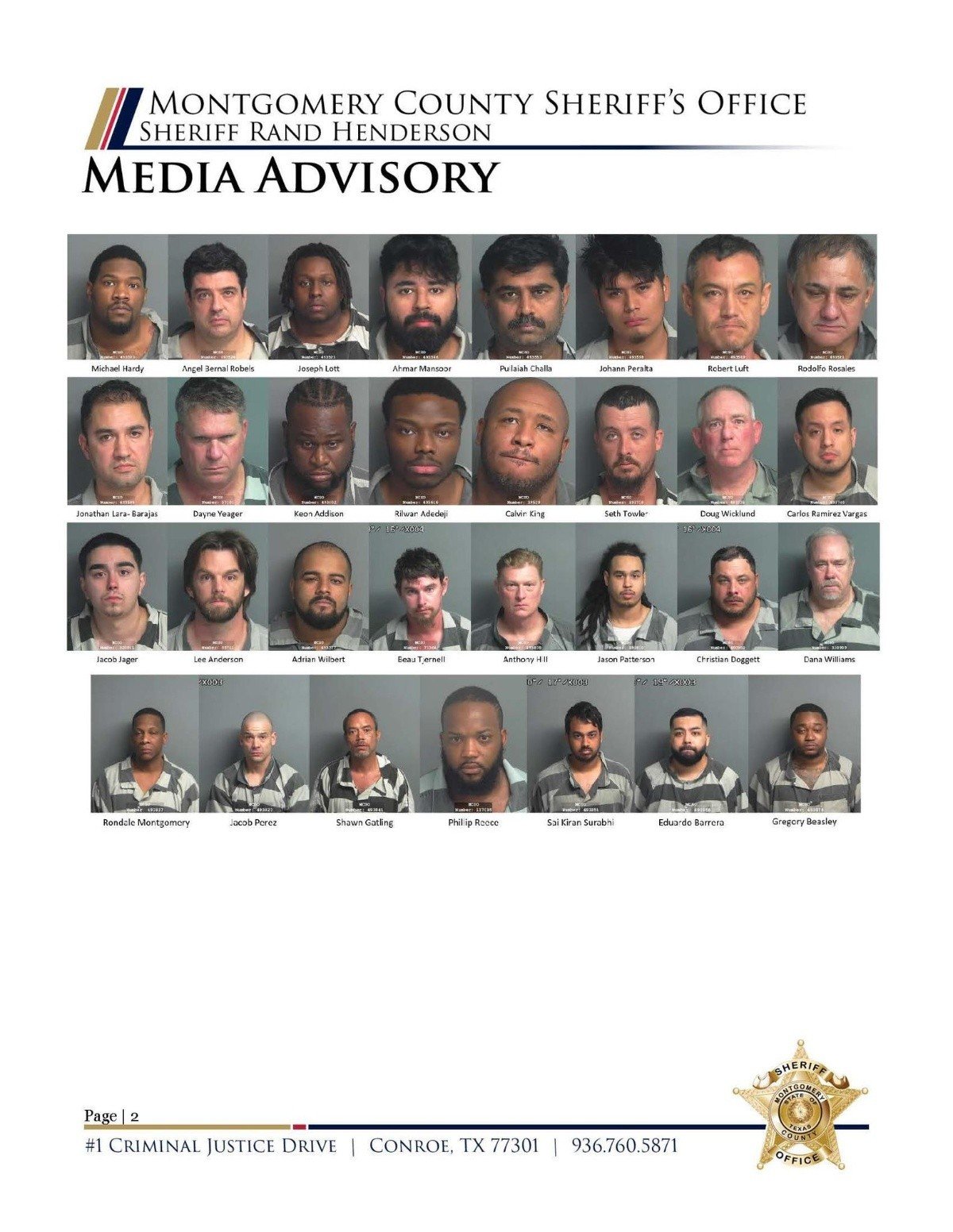 On January 4 and 5, 2023, members of the Montgomery County Sheriff’s Office Organized Crime Unit completed an operation regarding Human Trafficking and “Buyers of Illicit Sex” in the central Montgomery County area. As a result of this operation, thirty male suspects were arrested and charged with Solicitation of Prostitution, a State Jail Felony in Texas. As previously reported, one male suspect was arrested and charged with Promotion of Prostitution and found to currently be out on bond for Murder in Harris County. The Human Trafficking Rescue Alliance is a multi-agency taskforce comprised of Federal, State and Local Law Enforcement from the region with a shared mission to rescue victims of human trafficking and to stop people from engaging in activities that promote human trafficking. On September 1, 2021, Texas became the first state to make the crime of buying sex into a Felony with enhanced consequences. The Human Trafficking Rescue Alliance works diligently to enforce this law, sending a clear message that they will not tolerate this type of activity in Montgomery County.The Montgomery County Sheriff’s Office Organized Crime Unit, Montgomery County District Attorney’s Office, Texas Alcoholic Beverage Commission, Houston Police Department, and other members of the Human Trafficking Rescue Alliance participated in this operation.
Reply
* Reactions disabled on political threads.
What are your thoughts? Log in or sign up to comment Log in » Sign up »
Replies:
No replies yet. Be the first to respond below!
Post a comment »
** Would you be interested in keeping up to date with news & events going on in the Tomball area? Consider supporting an alternative social media platform for Tomball by creating an account today! (it's fast, easy, privacy focused, and free!)