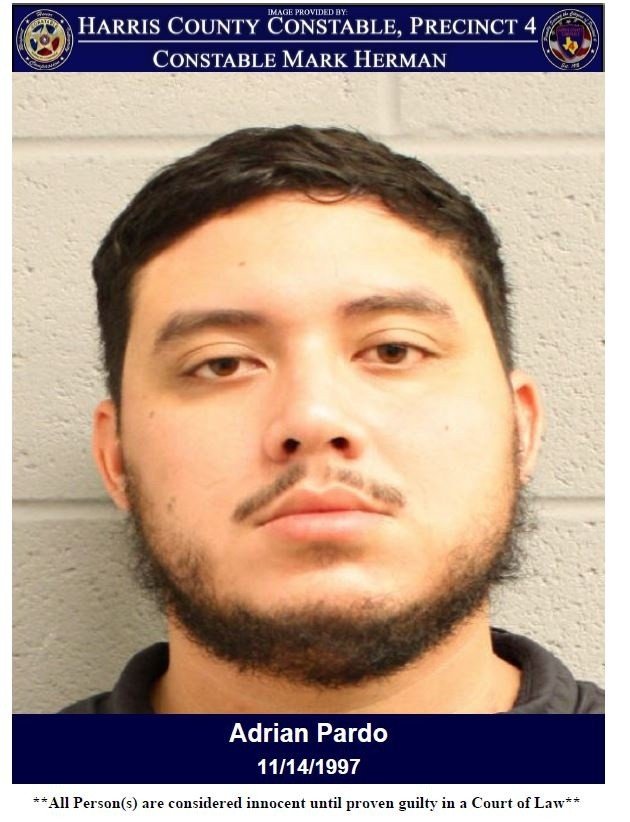 On September 24, 2022, deputies with Constable Mark Herman's Office responded to the 9700 block of Strawgrass Drive in reference to a disturbance.Upon arriving, the suspect involved was detained and identified as Adrian Pardo. He was found to have two open Class C Misdemeanor Warrants.Further investigation revealed he broke into the residence by kicking down the front door. The two female victims ran to the master bedroom and locked themselves inside. The suspect then kicked down the door and assaulted them. "Adrian Pardo was arrested and booked into the Harris County Jail, charged with Burglary of a Habitation with Intent to Commit Assault. His bond was set at $30,000.00 out of the 482nd District Court." - Constable Mark Herman
Reply
* Reactions disabled on political threads.
What are your thoughts? Log in or sign up to comment Log in » Sign up »
Replies:
No replies yet. Be the first to respond below!
This discussion has been locked.
« Back to Main Page
Views: 190