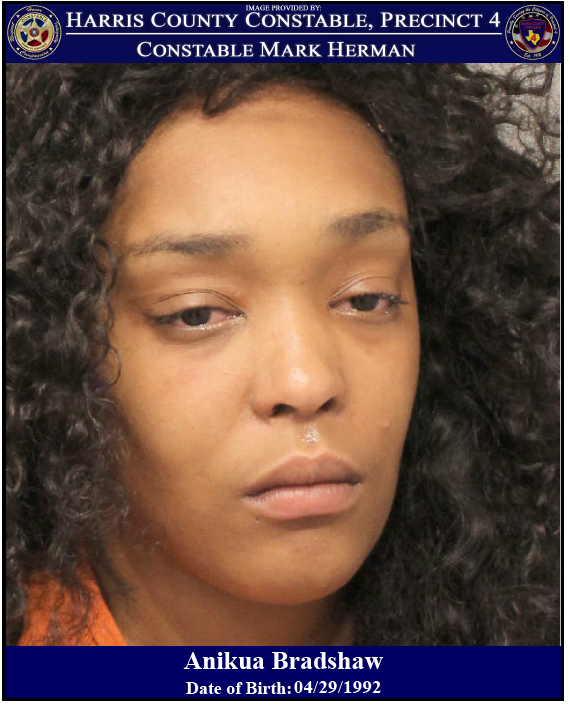 According to reports from PCT 4, on July 26, 2019, deputies with Constable Mark Herman's Office responded to the 12100 block of Normont Drive in reference to an aggravated assault.Upon deputies arriving, the complainants advised that a known suspect identified as Anikua Bradshaw, suddenly became angry and attempted to stab them with a kitchen knife.The complainants stated they were in fear for their lives and immediately called police.Constable Deputies apprehended Anikua Bradshaw on scene."Anikua Bradshaw was arrested and booked into the Harris County Jail, charged with three counts of Aggravated Assault with a Deadly Weapon. Her total bond was set at $30,000.00 out of the 351st District Court." - Constable Mark Hermanwww.facebook.com/Pre cinct4/
Reply
What are your thoughts? Log in or sign up to comment Log in » Sign up »
Post a comment »